Mt. Ohira Hodai-ji Temple was originally a dedicated temple for the Jisyu sect founded by Ippen Shonin and was a mecca of the Jisyu sect in Kanto area in the medieval period. It is believed that Taa Shinkyo Shonin, who succeeded as Yugyo the 2nd, founded the temple after Ippen Shonin passed away, and Kanchi Kokushi of Shiba Jozo temple converted it to the Jodo sect between 1596 and 1614. Inside of the temple, there is a stone monument which was designated an archeological property by the Prefecture. 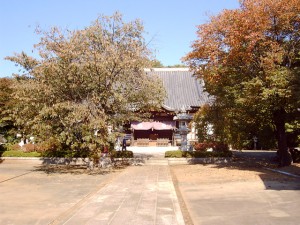